Hopefully this blog post will act as a cautionary tale to any artists out there, intending to lending their work to an exhibition. Some years ago, when exhibiting in a show organised by Charlie Levine and Minnie Weisz, I made what I soon realised to be one of the most basic errors of exhibiting artwork. 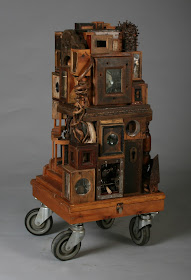 Even if the institution or curator that you are working with sounds professional, never just presume that they are. Check with them beforehand that they have people that know how to handle artwork, will have insurance that covers your work whilst it is in their possession (and if they don't, which may be a bit of a warning sign, take out your own insurance), and that they are using transporters who know how to handle artwork - not just the transporter who collects it from you, but also the transport agent who is returning the work to you. 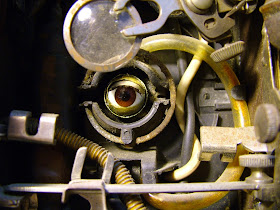 Obviously, for any artist just starting out you're more likely to be dealing with smaller and less experienced people and venues, but even so, you've put a lot of hard work into what you're exhibiting so don't under value it. Do everything you can to ensure that you are compensated should it get damaged or stolen (which is a lot more likely to happen when dealing with new, small venues or spaces where the exhibition of art is not their main activity). 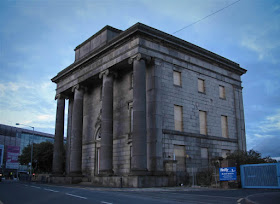 So, back to my big art blunder. About six years ago I was asked by Charlie Levine (then curating for a gallery called Trove in Birmingham) and the photographer, MinnieWeisz, to take part in the group exhibition, The Event 2011, that they were both curating at the magnificent Curzon Street Station building in Birmingham. The piece that they wanted from me was my sculpture, 'The City'. As this was my favourite piece (although my giant model kit sculpture, 'And When I'm a Man', seems to get slightly more internet coverage), and the sculpture that has influenced the main direction of my sculptural work since its creation it in 1999, I was happy have it exhibited to the public.

Don't get me wrong it was a fantastic exhibition and it, and my piece, were both featured on BBC2's arts program, The Culture Show - but I failed to ask Charlie or Minnie if they had insurance to cover the artworks in the show. 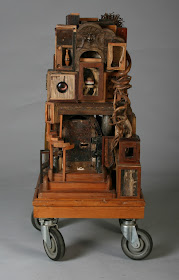 After the exhibition came down my sculpture was transported to Minnie's studio in London where I went to collect it. The day that I went to pick up my sculpture was the day before I had to head out to Miami for Art Basel, so what I saw when I got to Minnie's studio kinda put a downer on what should have been a fun time in Miami. Minnie wasn't at her studio when I arrived to pick up the sculpture - she'd left an assistant there, to not explain what had happened. Apparently Charlie, rather than use an art transport company to deliver my sculpture to London, had used her dad's furniture removal company to do it, as they were passing that way anyway. I don't know exactly what happened to my work as Charlie and Minnie refused to tell me, but when I got to Minnie's studio I was greeted with the sight of 'The City', smashed to pieces. From the degree of damage I can only surmise that if it wasn't done deliberately then it was probably dropped from a considerable height - most likely off the back of a lorry. 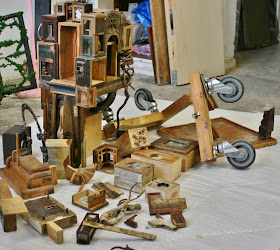 Initially Minnie told me that it would be covered by Michael Levine's (Charlie's dad's) company's insurance - which was a small consolation as it would at least allow me time off work (I was then working at the Victoria and Albert Museum) to build a new version of the sculpture. However, Minnie later contacted me to say that as Michael's company was a furniture removal company and not an art transportation company, it wasn't covered for any damage that they did to artwork.

So there you have it! Hopefully this cautionary tale will help others avoid the same mistake that I made.
Wayne Chisnall at 07:19
Share